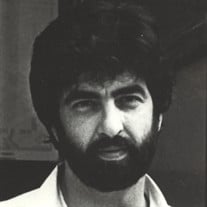 Former Boston City Councilor and devoted husband dies at 74 David Scondras was born in Lowell, Massachusetts on January 5th, 1945 to the late George P. Scondras and Dorothea (Coravos) Scondras. He spoke Greek before English and served as an altar boy at the Transfiguration Greek Orthodox Church where he considered becoming a priest. David attended Lowell High School where he excelled as a student and athlete. He was on the Lowell High Swim Team and graduated as Valedictorian. David was recruited to Harvard University’s mathematics program. While at Harvard, David was involved in the Vietnam anti-war movement and helped occupy University Hall in Harvard Yard. David took off a year to focus on his anti-war activities before returning to finish his Bachelor’s Degree in Mathematics. After Harvard, David moved into the Fenway neighborhood of Boston working on a Master Degree in Economics at Northeastern University. During his studies he served as an instructor and worked at the Boston Center for Older Americans delivering hot lunches and other services to local seniors. Seeing more need, David and a neighbor conceptualized and incorporated the Fenway Community Health Center whose mission was to provide free medical care to needy recipients. It was immediately successful. In 1976, David cofounded Symphony Tenants Organizing Project (STOP) to address the increasing number of suspicious fires happening in the Fenway. Based in part on Scondras’ work, an early warning system was developed that could accurately predict which buildings were most likely to be targeted for arson. STOP’s efforts led to the conviction of a thirty-one member arson-for-profit ring in the Fenway. David helped form a support platform called Urban Education Systems to help other major US cities combat arson rings. David’s work and neighborhood organizing attracted local leaders to ask him to run for office in 1981. In his first race, David missed being elected to Boston City Council by a few hundred votes, almost unheard of for a first run in Boston. However, that year city activists managed to pass a referendum to district the city to better represent minority and neighborhood interests and in 1983 David ran again in the newly created District 8 (Back Bay, Beacon Hill, Mission Hill and Fenway-Kenmore) and won, thus becoming the first openly gay individual elected to the Boston City Council. During his decade long tenure, he sponsored over 150 pieces of legislation ranging from fair and affordable housing, minority rights, gay and lesbian equality, a water table trust to monitor foundations in Back Bay, rat and garbage control, a Human Rights Ordinance and Commission, and the Family Protection Act which extended benefits to domestic partners. His office was well known for it’s effective constituency service response rate. After the Boston City Council, David became the director of the Boston Human Rights Institute, a group he helped found. It was unofficially renamed Search for a Cure to more accurately reflect it’s new focus on AIDS education, prevention, research, and universal access to treatment. David traveled tirelessly to work with a wide-ranging coalition to produce and fund a ‘HIV test and treat’ program for Malawi, Africa’s poorest country. He led the effort to start India’s first AIDS organization and served on South Africa’s AIDS Panel under President Thabo Mbeki. In 2008, David and his partner Robert responded to the economic downturn by starting Whitman House, a bed and breakfast in Cambridge, MA, which attracted an international clientele. The architecture and David’s sociability made the business a success and allowed David to continue his vital work at Search for a Cure. In 2017, David finished his four-book autobiography titled Angels, Liars, and Thieves; holding book signings at the Fenway Community Center and the History Project in the hopes it would be a definitive account of this era in Boston history. David Scondras passed away Wednesday, October 21, 2020 with his husband at his side after a long hard fought battle against polycystic kidney disease. David enjoyed cooking, painting, traveling, studying, critiquing movies, teaching and playing the piano, often by ear. He also loved doing complicated math problems for fun and discussing local, national and world issues and events with friends and strangers alike. He is survived by his husband and partner of 42 years, Robert Krebs, his three sisters, Diane Eacrett, Joyce Quinney and her husband Jack, and Patricia Adamkowski and her husband David, along with many cousins, nieces and nephews.

Send flowers to the Scondras family.