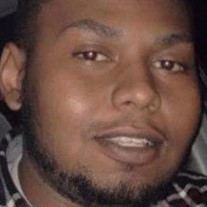 Derek Boyd Lucas , son of Cheryl Lucas—Phillips and the late Derek Boyd Clements,. Derek was born in Salem, MA, Thursday August 23, 1990, and was called home to heaven Friday July 10, 2020. He will be happily greeted by his parent before him, his grandparents the late George Clements Sr and his beloved grandmother Sarah Lucas. At the early age of 8, Derek figured out he and his brother David could make money by shoveling and raking leaves; they learned to lay cement, fix cabinets and paint. He was always a smart thinker, even earlier in age he and his siblings were taught, “ if you are lucky you will have one true friend in life”. They considered themselves very lucky because they each had 5. The bond is amazing, they love each other truly unconditionally. When Derek turned 12 he became ill with kidney disease, it was a long hard road for a child. He never gave up. During this time he graduated from Keefe Tech of Framingham in 2010 with honors, and a safe serve certification in Culinary Arts. Though he was a jack of all trades, he loved working with his hands, and was very skilled in his work of masonry and refinishing, he loved turning nothing into something. Derek was a whole hearted giving person to anyone and everyone. After being on dialysis for 6 years it was his time to get a kidney the last week of January 2008; there was a younger child that was really sick as was he, but seem to be a little worse off. During the prep dialysis for the transplant, Derek said, “I don’t want it; give it to him, unhook me”. We left and a week later he did receive a transplant. Derek was a rare gem and during his short life, maybe unknowingly, laid up his treasures in heaven through the acts of kindness from the heart. He touched many people in a way, some he knew, others not. He will forever be remembered, loved and missed dearly. Until we meet again. He is survived by his mother and father Cheryl Lucas and Alfred Phillips Jr, 2 brothers, David C., Alfred P. III, 3 sisters Kyla L., Keona C., and Alicia P.5 uncles Roger & Frederic Lucas, Jerry Fennell, Alfonzo Campbell and George Clements Jr. 4 aunts Marionette Fennell, Shana Clements, Janet Lucas, and Tricia Campbell. 1 niece Jada Marie, 3 nephews Camari, Josh and Jaylen. Grandmother Tina Clements, 21 first cousins and a host of other cousins, relatives and friends.

Derek Boyd Lucas , son of Cheryl Lucas&#8212;Phillips and the late Derek Boyd Clements,. Derek was born in Salem, MA, Thursday August 23, 1990, and was called home to heaven Friday July 10, 2020. He will be happily greeted by his parent before... View Obituary & Service Information

The family of Derek Lucas created this Life Tributes page to make it easy to share your memories.

Derek Boyd Lucas , son of Cheryl Lucas—Phillips and the late...

Send flowers to the Lucas family.