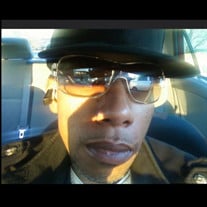 Gregory Leshawn Edwards also known as “Greg” was born to Eloise and Peter Edward on August 7, 1976 at Beth Israel Deacons in Boston, MA. He was the youngest sibling of five. Since six weeks old Gregory Edwards was a member of Mount Temple of Christ Church where his love for music grew and flourished by the way of playing the drums. As an adult rap, hip hop and R&B became his passion. Over time his favorite artist as most of us know became Jay- Z. Gregory must have had every Jay -Z album produced including the mixtapes. He lived his early life to the fullest and with his intelligence and social lifestyle, Gregory thrived in a private school until he graduated from Dorchester High School. Gregory did not attend college, but graduated from the University of Hard Knocks as well as enjoyed cooking. Gregory decided to go for a bike ride when he happened to pass the likes of Kim Phillips. Little did Greg know that his hard earned effort when it came to sweeping Kim off her feet would eventually turn him into the best husband and eventual father of five children among multiple nieces and nephews. Greg and Kim spent two years together before they knew they wanted no one else besides each other. On August 4th, 1998 they got married and knew they were meant to be. He took on the responsibility of being a full loving father to; James Phillips, Toni Phillips, Steven Phillips, Terrence and Terrell Staley. Gregory would make sure his children had and did what they wanted, especially his wife Kim. They married for twenty- five years and got to watch everyone grow around them. His granddaughter Jayla Phillips made him so happy and especially enjoyed going to the park, but most of all the store because papa Greg would take care of her as well as buy her whatever she wanted. His grandson Tony Phillips had a lot of love for him. Although he is only one years old he spent his time crawling all over Gregory and taking multiple pictures. Gregory even had a name for Tony and that was Chucky. This was because Tony was always crawling around doing things he was not supposed to do and when Gregory would confront him he would just look up and smile. Gregory lived a great life and was always happy rain or shine. If someone around him was upset he would always say, “You woke up this morning, why are you mad? He never complained or showed regrets. Unfortunately Gregory Edwards was called home at the age of forty-five. The lord felt it was time to bring Gregory home after the many accomplishments he completed. Gregory is survived by his beloved wife Kim Phillips, mother Eloise Edwards, five wonderful children and many other siblings. He is also survived by two granddaughters, and one grandson who dearly loves and misses him. Surviving Gregory Edwards are his beloved sisters; Cynthia Tolson, Sheila Daniels, and brothers John Benbow and Michael Benbow.

Gregory Leshawn Edwards also known as &#8220;Greg&#8221; was born to Eloise and Peter Edward on August 7, 1976 at Beth Israel Deacons in Boston, MA. He was the youngest sibling of five. Since six weeks old Gregory Edwards was a member of Mount... View Obituary & Service Information

The family of Gregory L. Edwards created this Life Tributes page to make it easy to share your memories.

Send flowers to the Edwards family.