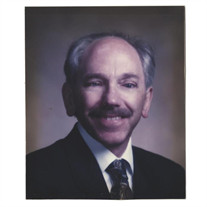 Paul Eugene Keister, age 76, of Worcester, MA, passed into eternal peace on March 13, 2022, at the Lutheran Rehabilitation and Skilled Care Center in Worcester. Paul was born on October 19, 1945, in Washington, DC, to Mark Eugene Keister and Ethel Agnes (Bateman) Keister, both of whom preceded him in death. He grew up in Montgomery County, MD, and lived for a time in the Poughkeepsie, NY, area, where he learned to ride motorcycles and fly planes. Paul embraced life with joy, music, and humor, even though he endured many health problems. In the 1980s, with an adventuresome spirit, he moved his family first to California and then to London, England, where, for four years, they enjoyed exploring many countries in Europe and Africa. After he became legally blind in 1989, he continued to work, travel, and embrace life as he always had. He completed two university degrees, survived a kidney transplant, and continued to bring laughter to people with his sense of humor. As a professional in the computer software industry, he traveled widely, spreading his humor (and bad puns) all over the world. He held a deep respect for all God’s people and, through his day-to-day living, supported human rights and social justice. Even as dementia took away many of Paul’s gifts, he continued to enjoy a gathering of friends and family around the dining room table. And, even as dementia took away his ability to communicate, he continued to occasionally flash that smile that said he just thought of a good pun. Paul is survived by his loving wife of 43 years, Linda Sue (Wolfe) Keister, Worcester, MA; daughter Sheryll Ann (Keister) Jones, Acworth, GA; stepdaughter Melinda Sue (Crank) Stephens, Greenville, NC; stepdaughter Jennifer Leigh (Crank) Potts and her husband Warren, Worcester, MA; and stepson Stewart Allen Crank, Jr. (who donated a kidney to Paul in 2005), Bunker Hill, WV. He is also survived by eight grandchildren, who have benefited from their “GrandPaul’s” love and sense of humor: Alston Wade Collins Potts and wife Gloria, Worcester, MA; Alexandra Katherine Potts, Austin, TX; Meghan Paula Lefebvre, Worcester, MA; Marley Annika Crank, Annapolis, MD; Jessica Leigh Potts, Brighton, MA; Kyler Bailen Crank and wife Lindsay, Lexington Park, MD; Warren Niles Potts, Worcester, MA; and John David Stephens, Raleigh, NC. He is also survived by four grandchildren who live in Georgia: Jaime Brannon, Jesse Bagley, Jennifer Chandler, and Justin Adams and six great-grandchildren: Claire Brannon, Chloe Brannon, Jayden Bagley, Cullen Collins, Addi Chandler, and Dawson Adams. Visitation hours will be on Thursday, March 17, from 5:00 to 7:00 pm at the Bishop Funeral Home, 71 Pleasant Street, Worcester. A service to celebrate Paul’s life will be on Friday, March 18, 11:00 am, at Wesley United Methodist Church. Paul loved his church and church family and would be happy to know that, in lieu of flowers, his friends and family made donations in his memory to Wesley United Methodist Church, 114 Main Street, Worcester, MA 01609.

The family of Paul Eugene Keister created this Life Tributes page to make it easy to share your memories.

Send flowers to the Keister family.