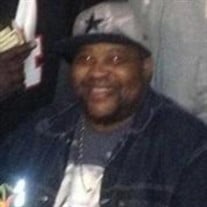 On Friday December 31, Todd Antonio Jackson Sr. passed away after a period of declining health at the age of 56. Todd was born in Worcester in 1965 to Brenda Mattier & Charles Jackson. He graduated from Doherty Memorial High school. After High School he served 4 years with the US army. Upon his return to Worcester, he went straight to one of his favorite places, the Boys & Girls Club of Worcester. He spent the next 16 years working at the Club in variety of positions. He enjoyed being the Outreach Director, being able reach kids all over the city and recruiting them to Join the Club. He loved being at the Camp in the summer, teaching the kids how to fish. He was very proud to be part of the team that opened the first outreach clubhouse in Great brook valley. His true calling was coaching basketball. There was nothing greater than the Ionic Ave, VS Lincoln Square basketball rivalries. He took great pride in the midnight basketball leagues at the Club in conjunction the WPD gang unit to curb gang violence in the 80’, winning back-to-back Pal leagues, WHA Gym and finally Burncoat High, it didn’t matter where he was coaching just as long as he was coaching. After leaving club, he the spent the 15 years working with at risk youth thru DYS & WPS alternative school programs. Todd was a die-hard Dallas Cowboys fan, he enjoyed fishing and playing many years in the men’s slow pitch softball league in the city. Todd was proceeded in death by his mother Brenda Mattier, maternal grand parents Billy & Maxlene Avery, who raised Todd. Uncles Clarence (Skip) Perry and Benjamin Avery(who he considered brothers). Paternal Aunt Joan J. Perry He is survived by his two sons Jarrin j. Jackson of Worcester and Todd (TJ) Jackson of Florida. A granddaughter Amelia and his former wife Cindy Jackson. Maternal aunts Doris Quartey and Sandra Alijah and Uncle Thomas Mattier all of Worcester His father Charles Jackson Sr., sisters Rosalind Jackson, Conae Jackson Day and a brother Charles Jackson Jr (Jermel) and Uncle Robert Jackson (Daphine) all from Cambridge Maryland. He also leaves a host of, cousins, nieces and nephews in Massachusetts, Virginia & Maryland. A special Cousin Dana Quartey and his family, Dana was more like a younger brother than a cousin. Sayda Martin, who was a great friend to Todd for over 20 years and always check in on him no matter how grumpy Todd got! The Family would like to give a special thanks to Mickey DeJesus, who was his PCA for over 10 years and took great care of him and had to listen to him brag about how great the Dallas Cowboys were and watch All the Cowboys games with him. Please consider donating to the Boys & Girls Club of Worcester -Athletic Department (Boys & Girls Club of Worcester 65 Boys & Girls Club Way Worcester Ma 01610 or bgcworcester.org) in leu of sending Flowers.

On Friday December 31, Todd Antonio Jackson Sr. passed away after a period of declining health at the age of 56. Todd was born in Worcester in 1965 to Brenda Mattier & Charles Jackson. He graduated from Doherty Memorial High school. After High... View Obituary & Service Information

The family of Todd A. Jackson created this Life Tributes page to make it easy to share your memories.

On Friday December 31, Todd Antonio Jackson Sr. passed away after...

Send flowers to the Jackson family.