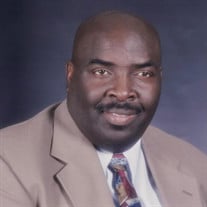 Trevor Washington Bennett, Age 72 died December 19, 2021 surrounded in love with his family by his side in his home in Shrewsbury, Ma. Trevor was born on December 15, 1949 to the late Edgar and Lurlene Bennett. Trevor was the youngest child of their union who was born sickly as a child but with prayers, some good Jamaican remedy and the loving care of his Mama, he made strides and grew up to enjoy good health as a young man, excitedly jumping into many sports and activities and excelling at all of them; including football, cricket, and table tennis and of course according to him he was made to play dominoes because it was in his DNA. Trevor’s first job was that of a colporteur, selling adventist literature in and around Spanish Town and in the hills of St. Catherine. His good friend Noel Williams would often have to give him a ride because there was only so far he could get on his bicycle. The two often spent time reminiscing about days spent on River Road, singing as they went along. Trevor also worked for many years as a security guard on the wharf in Kingston. Trevor married his beautiful girlfriend of many years Marsil Brown on December 16, 1979, the union produced the pride of his life, his two children; his first born a daughter Stacey-Ann and four years later Euwayne, who upon his birth stated “now I am able to pass the baton.” Trevor was blessed with a beautiful singing voice, which he wholeheartedly used to honor God. He was highly requested to bless many church programs, events and multiple weddings with his warm, inviting vibrato. Trevor migrated with his young family to the United States in April of 1985. He became an integral part of the Northborough SDA church, where he continued singing to the glory of the Lord. Trevor enjoyed many friendships and close relationships within the Northboro family, one of which was Cardinal Welch, who he partnered with on many occasions, being the vocalist while Cardie preached. Trevor indulged in several hobbies, one of which was infomercial shopping; if it had the label “as seen on TV” it was part of his collection. He collected LP’s and 45’s, many dating back to the 60’s, but by far his favorite thing to collect was currency from all over the world, if you recently traveled, and he knew about it, then you definitely contributed to his collection. Trevor worked for 25 years as a Specimen Processor at SmithKline Medical Laboratories in Waltham, MA before retiring due to illness. He was first admitted to the ICU in 2014, after which his health continued to decline. In 2018 he was diagnosed with early onset dementia, secondary to multiple mini strokes. Unfortunately, all of this was compounded by the loss of his dear mother, with whom he shared a very close bond, Trevor was never the same after that. Trevor went to sleep on Sunday December 19th at 6:02am. He leaves behind his beloved wife Marsil of 42 years, his daughter Stacey-Ann and her husband Mark, his son Euwayne and his wife Anna, his grandson Grant, granddaughter Nakia-Marsil, step grandchildren Zacci, Gislaine, Janelle and Zahara. Brothers Carl Sr., and wife Nelia, Stanford and his wife Patricia, sisters Monica and Ruth and her husband Orlando. Trevor also leaves behind his Aunt Esserene and Uncle Darrel and his wife Sheila, many nieces and nephews, cousins and friends in the Northboro SDA church family. “Dad you may be gone from our sight, but never from our hearts”

Trevor Washington Bennett, Age 72 died December 19, 2021 surrounded in love with his family by his side in his home in Shrewsbury, Ma. Trevor was born on December 15, 1949 to the late Edgar and Lurlene Bennett. Trevor was the youngest child... View Obituary & Service Information

The family of Trevor Washington Bennett created this Life Tributes page to make it easy to share your memories.

Send flowers to the Bennett family.